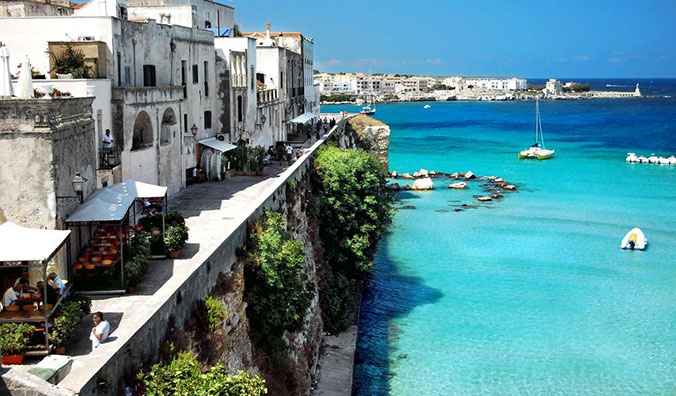 Otranto is situated on the Adriatic coast of the Salento’s peninsula, is the most eastern village in Italy. The Otranto City is quite a symbol of Salento Identity. A little but very famous city, intensively rich of History, Art and Landscapes which talk about the whole local identity. Moreover, don’t forget that Otranto was the main Centre of the area in Roman period, its port was a crucial point for merchant trade with east lands, as well as a place of transits and conquests. Otranto is the city that first suffered and showed the continuous transformations that the vicissitudes of war and politics have imposed on Salento, land decimated by invaders that, along the coast of Lecce, imprinted its identity, in a setting that includes Byzantine arts, baroque, Romanesque, Norman and Aragonese in a coherent fabric in its multiple profiles.
Otranto was called “the gateway to the East”, the most eastern tongue of land in Italy that turns towards the Mediterranean; this peculiarity has made the town exposed, since ever, to invasions and attacks, becoming a crucial junction of mercantile trade by sea and logistics base to defend or conquer.
For these reasons, Otranto has provided itself since ancient times with defensive walls and protection systems to put a barrier to penetrations coming mainly from the Balkans and from the East and the castle has always been the most significant example. Already around 1070 it was rebuilt and fortified, following the attacks suffered in 1067.
It is a quadrangular base structure made up of four towers that surmount it and that made it difficult to violate by the enemy on duty.
Alfonso of Aragon, Duke of Calabria, took care of his reconstruction following the sack of Otranto of 1480, in which the city was invaded by Turkish troops and thousands of citizens lost their lives.
It was during the domination of the Spanish Viceroys that the castle took on its current appearance; the castle became a military masterpiece thanks to the addition of two polygonal-shaped bulwarks facing the sea that complemented those already present in the Aragonese period. Today the castle is preserved in excellent condition and fits perfectly into the ancient urban circuit of the city and further embellishes a landscape embellished with ancient views, structures of various eras and alleys in height from which to scrutinize the sea.
In addition, the castle contributed to further fame and prestige: literature “The castle of Otranto”, published by Horace Walpole in 1764, is considered the first gothic novel in history and is set entirely in the city of Salento. 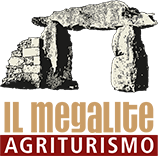